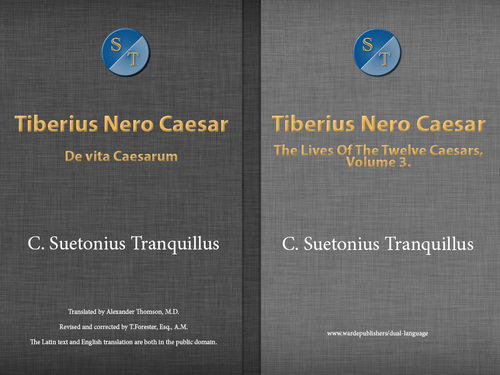 De vita Caesarum (Latin; lit. "About the Life of the Caesars"), commonly known as The Twelve Caesars, is a set of twelve biographies of Julius Caesar and the first 11 emperors of the Roman Empire written by Gaius Suetonius Tranquillus. The group are: Julius Caesar (d. 44 BC), Augustus, Tiberius, Caligula, Claudius, Nero, Galba, Otho, Vitellius, Vespasian, Titus, Domitian (d. 96 AD).

The work, written in AD 121 during the reign of the emperor Hadrian, was the most popular work of Suetonius, at that time Hadrian's personal secretary, and is the largest among his surviving writings. It was dedicated to a friend, the Praetorian prefect Gaius Septicius Clarus.

The Twelve Caesars was considered very significant in antiquity and remains a primary source on Roman history. The book discusses the significant and critical period of the Principate from the end of the Republic to the reign of Domitian; comparisons are often made with Tacitus, whose surviving works document a similar period.