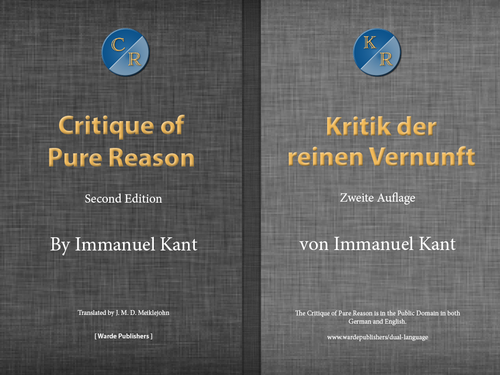 The Critique of Pure Reason (German: Kritik der reinen Vernunft; 1781; second edition 1787) is a book by the German philosopher Immanuel Kant, in which the author seeks to determine the limits and scope of metaphysics. Also referred to as Kant's "First Critique", it was followed by his Critique of Practical Reason (1788) and Critique of Judgment (1790). In the preface to the first edition, Kant explains that by a "critique of pure reason" he means a critique "of the faculty of reason in general, in respect of all knowledge after which it may strive independently of all experience" and that he aims to reach a decision about "the possibility or impossibility of metaphysics." The term "critique" is understood to mean a systematic analysis in this context, rather than the colloquial sense of the term.