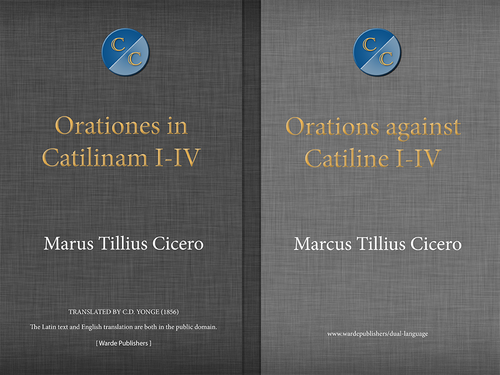 The Catilinarian Orations (Latin: M. Tullii Ciceronis Orationes in Catilinam; also simply the Catilinarians) are a set of speeches to the Roman Senate given in 63 BC by Marcus Tullius Cicero, one of the year's consuls, accusing a senator, Lucius Sergius Catilina (Catiline), of leading a plot to overthrow the Roman Senate. Most accounts of the events come from Cicero himself. Some modern historians, and ancient sources such as Sallust, suggest that Catiline was a more complex character than Cicero's writings declare, and that Cicero was heavily influenced by a desire to establish a lasting reputation as a great Roman patriot and statesman. This is one of the best-documented events surviving from the ancient world, and has set the stage for classic political struggles pitting state security against civil liberties.